Thank you for supporting our mission. Brody is happy out there and now you can follow his steps through the 7 oceans!

Brody is a young and sweet adult Leatherback (specie) male found floating offshore of Bahia Beach. He was entangled in fishing line and a plastic straw stuck in his nose. The line was wrapped around the turtle's neck, causing a deep constriction wound. Brody also ingested line, which was embedded into his jaw, extending into his esophagus, and trailing out the cloaca. The entanglement was removed, and the turtle passed all of the line extending out of his cloaca. Radiographs revealed mild pneumonia and free air in the turtle's coelomic cavity, possibly due to a tear in the lung. Upon arrival, Brody was put into freshwater to remove barnacles, leeches, and other epibiota that covered his body. The turtle received fluids, antibiotics, topical treatments for the constriction wounds, nebulizing treatments for pneumonia and buoyancy disorder.

Part of your purchase payment was transferred to support Brody and keep our mission to help as many Sea Turtles as possible. 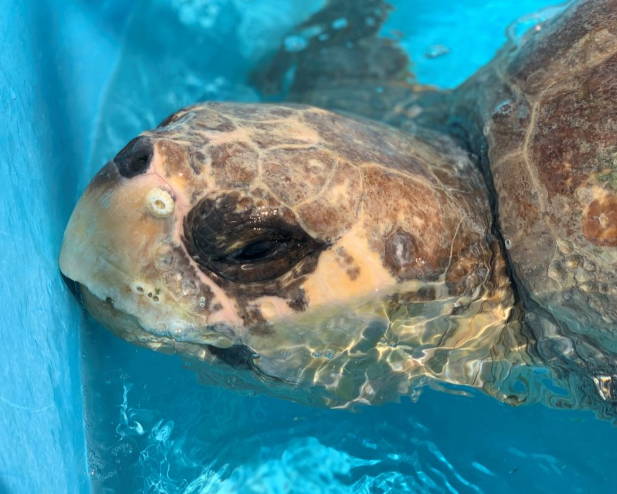