Numitor is a juvenile Hawksbill turtle that was captured in a cast net near a dock in Barrigona Beach. The turtle is missing a small section of the carapace and plastron on the left side. In addition, there is one straight line gash in the plastron and another fracture, splitting the nuchal scute in half. The wounds are not fresh and are possibly from a boat strike. Numitor was given fluids and antibiotics. After recovering she was released back to nature. Numitor received treatment and was closely monitored until its release.

Click on Numitor's name on the left side of the map to check Numitor's most update signal transmission. 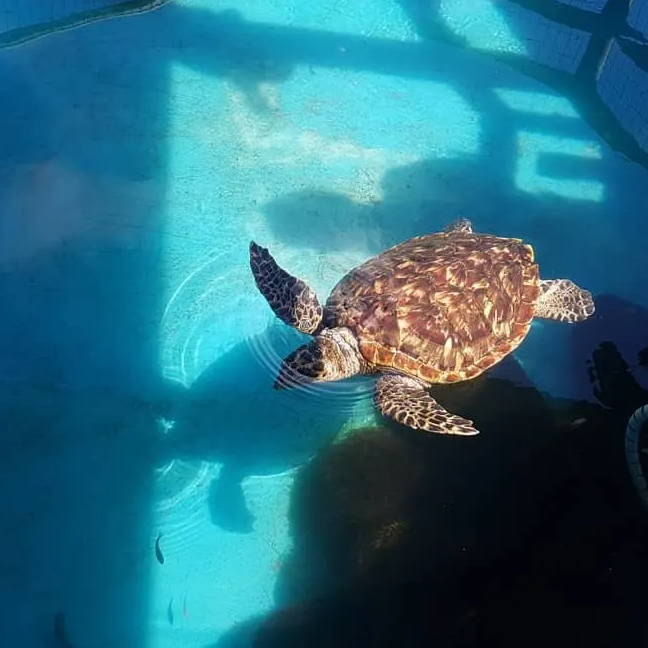 Part of your purchase payment was transferred to support Numitor and keep our mission to help as many Sea Turtles as possible.
Your contribution won't go unnoticed!